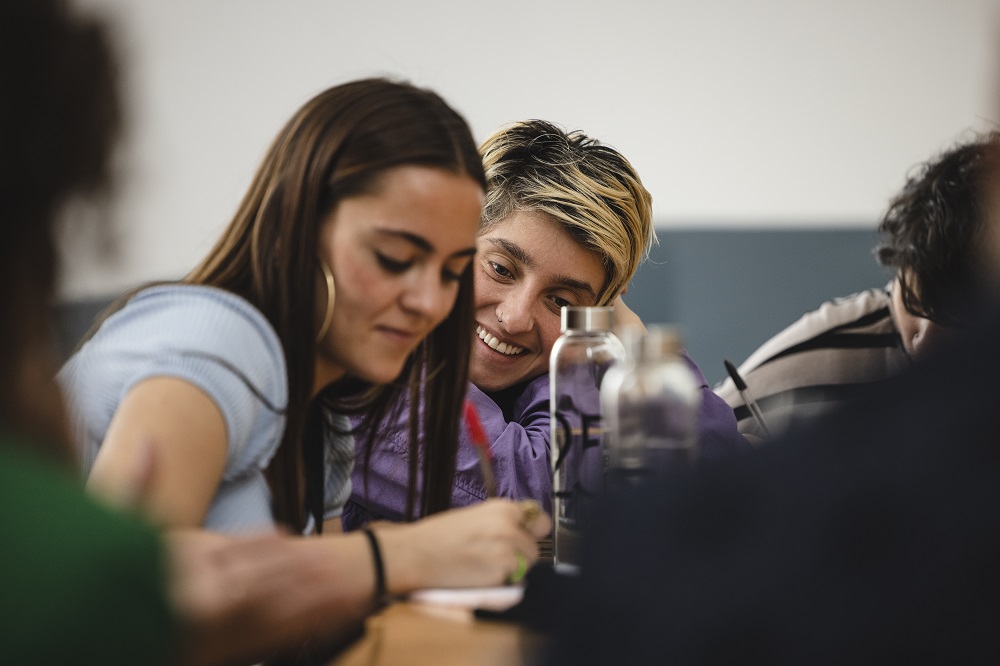 We expand the activities of the DocsBarcelona Campus and the DOC-U New Talent Campus.

The two DocsBarcelona campus are expanding their activities to include new collaborations and project exchanges with the DOKLAB residency, the In-Edit music documentary festival and the Cine por Mujeres Festival.

We are pleased to announce that, thanks to the support of the "Laboratories and incubators for the creation and development of audiovisual projects" program of ICCA, focused on promoting audiovisual creation, the campus of DocsBarcelona grow for the benefit of the projects selected in the 2022 and 2023 editions.

This expansion consists, first, of new exclusive activities for the directors of the DocsBarcelona Campus and the DOC-U Campus New Talent. During the last quarter of the year, workshops will be held with experts who will train participants in important matters for the enrichment of their feature film. As ways to make a sustainable audiovisual production, new techniques to generate immersive experiences in films and reflections on unconscious prejudices in the audiovisual sector.

Continuing with the collaboration that began with Netflix during the last edition of DocsBarcelona, a selection of 6 projects from the 2023 edition of the two campus will explore different narrative possibilities of editing thanks to the workshop "Another editing is possible".

The DocsBarcelona Campus program, which hosts and guides documentary feature film projects in the initial phase of development, also adds for the 2022 edition and for 2023 for those more advanced projects, an extension grant with individualized editing mentorships and participation in the new Pitch-Lab session, in front of international buyers, within the DocsBarcelona festival 2023 and 2024.

Thanks to the promotion of the "Creation Labs and Incubators" program, we have had the opportunity to create new partnerships with other festivals and companies in the audiovisual sector. In collaboration with Arena Comunicación, the Doklab Award has been created, which involves the exchange between a project of the DocsBarcelona Campus and a project of Doklab Navarra.

On the other hand, new masterclasses and meetings are incorporated for the professional growth of the filmmakers within the framework of Cine por Mujeres festival of Madrid, which will also select two projects to participate in the DocsBarcelona Campus. The In-Edit festival, specialized in musical documentary cinema, will also make a call for projects and choose one to participate in the DocsBarcelona Campus. Finally, two projects of the Campus will win the Punctum Sales Award, in which this sales agency will offer them advice to give them a boost in the distribution of their future film.

The DOC-U New Talent Campus becomes international. The participating directors will be eligible for the Doc Around Europe Award, to travel to one of the 4 documentary film festivals that make up this network (FIPADOC in France, DOKFEST MUNICH in Germany, MAKEDOX in North Macedonia and VERZIÓN HUMAN RIGHTS FILM FEST in Hungary). In the same way, the DOC-U section of DocsBarcelona will host international talent from the network's festivals.

The director of DocsBarcelona said that "we are very excited about this expansion and impulse received through the grants "Laboratories and incubatorforthe creation and development of audiovisual projects" of the ICAA, which will allow to give new opportunities for growth to talent and documentary film projects within the DocsBarcelona campus."