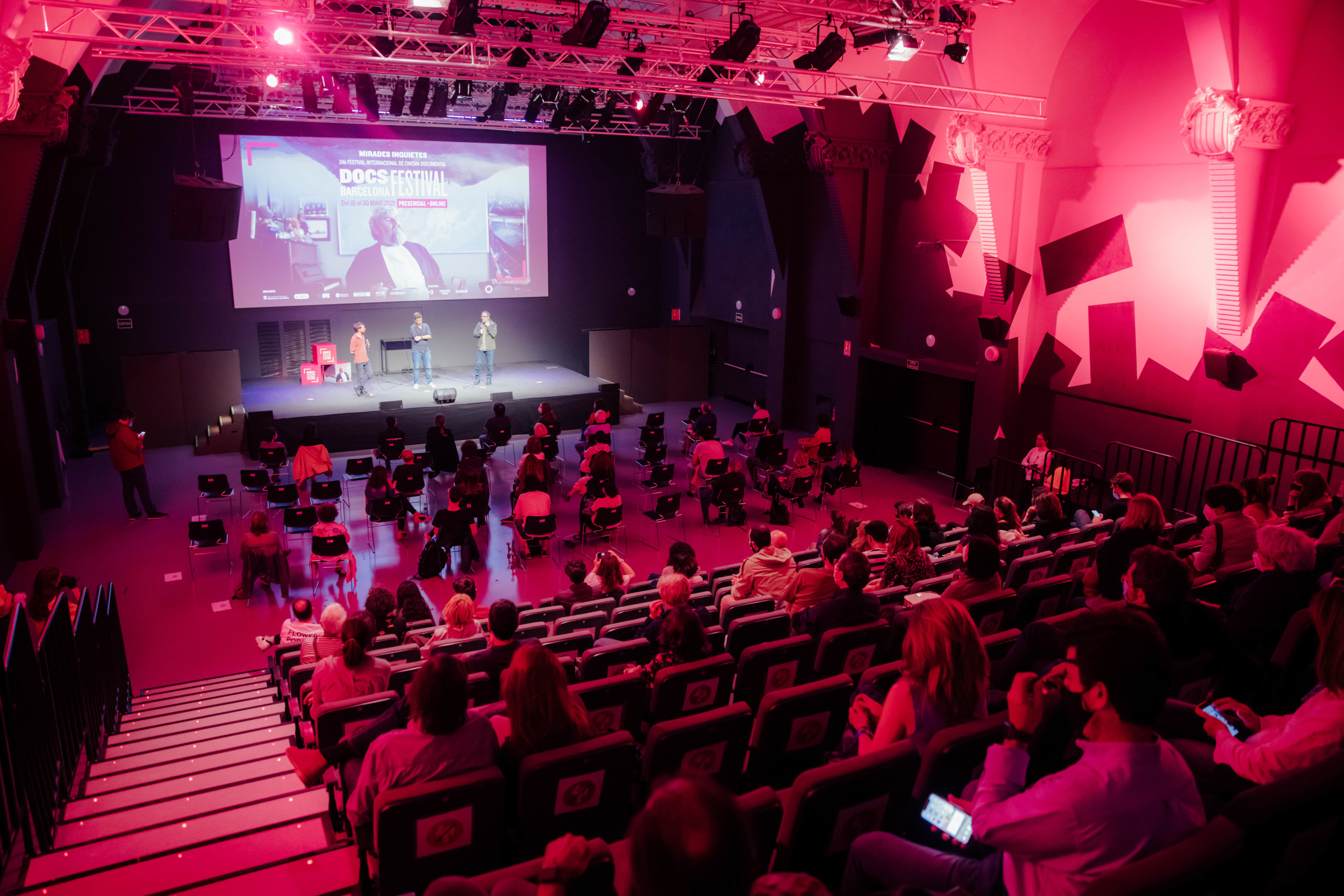 Open Call for the competitive sections of DocsBarcelona 2022!

You have time to submit your film until December 1st. Get ready!

The programing machinery of DocsBarcelona is getting ready. Do you want to premiere your film with us? If you haven’t submitted yet, send us your latest production for our team of programmers to take it into consideration for the 2021 festival program!

The films submitted will candidate for the Competitive Sections Panorama and What The Doc!.

The Panorama Section brings together a selection of the best documentaries from the most recent international scene. The films in this section compete for the DocsBarcelona Award for Best Film with a financial endowment of € 5,000 and a festival award, and the New Talent Award for Best Film for debutant directors, which consists of a statuette.

The Latitud Section is a competitive section that brings together a selection of the best documentaries from the Iberian Peninsula and Latin America. The DocsBarcelona Latitud Award is sponsored by Antaviana Films and consists of € 3,000 in post-production work (finishing, shaping, color correction, sound, DCP copies) of the director's next work and a festival award. The prize will be valid for the next 2 years after it has been awarded.

The DocsBarcelona – Moritz Audience Award will be given to the film best rated by the public votes in the three Official Sections (Panorama, Latitude and What The Doc!). Sponsored by Moritz, it consists of an economic endowment of 1500 € and a statuette. Awarded by the audience.

For those films whose theme is involved in defending the rights proclaimed in the Universal Declaration of Human Rights, freedom of expression and the values shared by Amnesty International, they are also eligible for the Amnesty Internationl Catalonia Award, awarded by the same organization and consists of an statuette.

The Reteena Young Jury Award will be given to the best film on the Reteena itinerary by the Reteena jury, which is made up of young people between the ages of 16 and 21. It consists of a statuette.

You can check the submission rules here and submit your film in Fest Home platform.