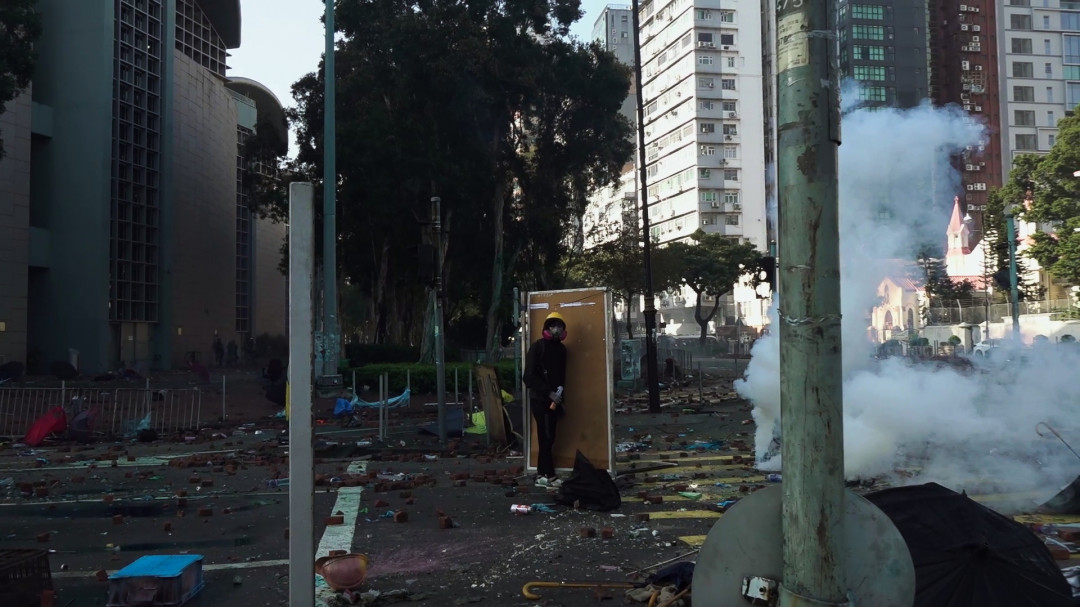 Inside the red brick wall

A new way of filming with multiple cameras, face to face with the police, opens an unprecedented window into the 2019 pro-democracy student protests in Hong Kong.

This award is applicable to the films of the Official Section – Panorama that are the filmmaker’s first feature-length film and consist of a statuette (also in case of co-directing). This award is given by the DocsBarcelona Panorama Jury. This award is not compatible with the DocsBarcelona Award for the Best Documentary. In the event that the final selection does not have a minimum of 5 films that can qualify for this award in accordance with the above provisions, the festival organization may also establish films that are the second feature film of his/her director (also in case of co-directing) and these will automatically qualify for the New Talent award.