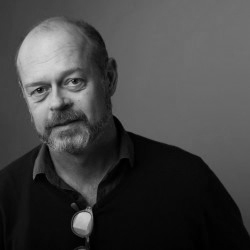 Mark Edwards joined Netflix in June 2021, where he is responsible for feature-length documentaries across several European countries, including France, Germany and Spain.

Prior to Netflix, Mark was responsible for international co-productions for documentaries at ARTE France from 2012 to 2021. In that role he commissioned and co-produced several blue-chip series, including The Vietnam War by Ken Burns & Lynn Novick with PBS, and UK-based Brook Lapping’s Inside Obama’s White House, Castro’s Revolution v. The World and their acclaimed 3-part foreign policy series Trump Takes on the World, all with the BBC.

His other commissions include the Emmy nominated On the President’s Orders with BBC and Frontline/PBS, the Sundance selected feature documentary and VR project Notes On Blindness with BBC Storyville, and the 20th anniversary project Generation 9/11 with PBS and Channel 4. Prior to joining ARTE Mark worked as an independent producer for 20 years on dozens of international co-productions.

Originally from New York, he has been based in Paris since 1995.