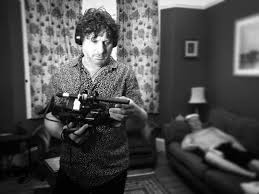 Since 2001, Marc Isaacs has made more than 18 creative documentaries for the likes of BBC, Channel 4 and Film Festivals. His films have won Grierson, Royal Television Society and BAFTA awards as well as numerous international film festival prizes. In 2006, Marc had a retrospective at the prestigious Lussas Documentary film festival in France. In 2008, Marc received an honorary doctorate from the University of East London for his documentary work. Marc has been a guest tutor at numerous universities and film schools in the UK and overseas including, the London Film School and the National Film and Television School. A complete box set of his films was released by Second Run DVD in 2018. His current film, The Filmmaker's House, has recently become a hit on the international festival circuit.