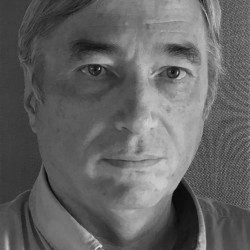 Joan Úbeda is a Barcelona-based producer with over 30 years of experience in documentaries and factual. He worked at TV3 Catalunya for 15 years, directing and producing current affairs stories and prime time doc series that reached a large audience and obtained critical acclaim. In 1999 he joined Mediapro. Over 20 years he produced more than 1,200 hours of factual programming for Spanish broadcasters and 30+ one-off docs on sports, history, science, and art for the international market, many of which won international awards. In October 2020 he went freelance, collaborating with production companies in Spain and Europe. He is a Knight Fellow (Stanford University) and in September 2000 he received the Catalan National Journalism Award.