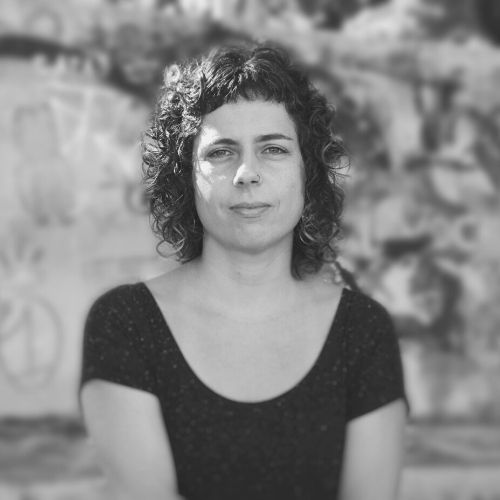 Coraci Ruiz has a degree in Dance (2002), a Master in Audiovisual Culture and Media (2009) and a PhD in Multimedia (2020), all from Unicamp (SP/Brazil). Also part of her background is the 2005 EICTV documentary filmmaking workshop.
She has been a documentary filmmaker since 2003, when she participated in the foundation of the production company Laboratorio Cisco. She works mainly as director and director of photography for documentaries.
Among her main productions are the feature films "Threshold" (2020) and "Letters to Angola" (2012), which has participated in more than 30 festivals in 16 countries and was awarded prizes in Brazil, Angola, Portugal and Belgium; and the short films "Nostalgia, video letters to Cuba" (2005), "Another City" (2009), "Letters from Exile" (2015) and "Strong Feather" (2019). She is currently working on a feature film "Blooming on the asphalt" (selected for the LAB DOC of DOCSP 2020, with tutoring by Marta Andreu, and for the WIP of Conecta Chile, is expected to premiere in 2021).