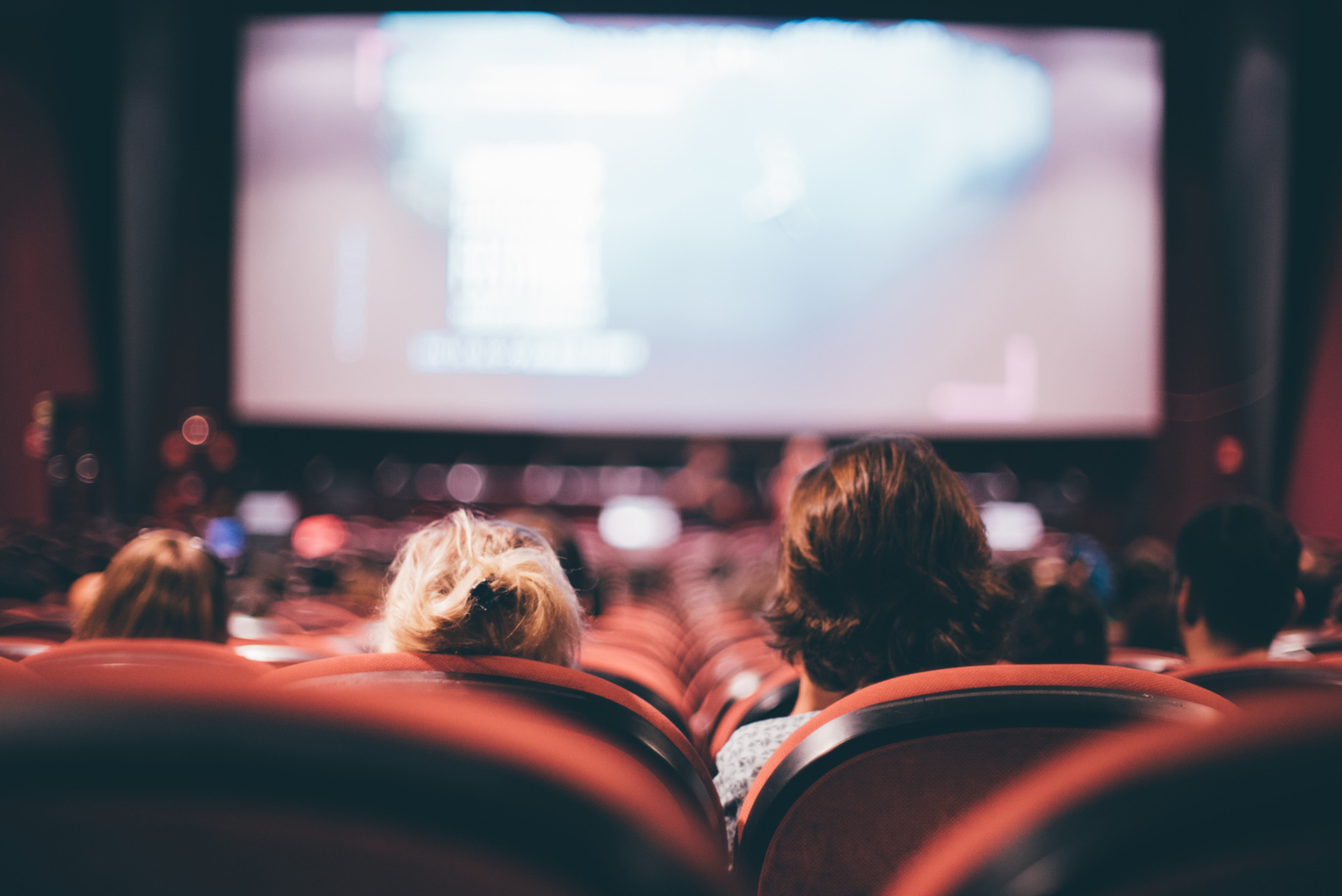 Awards
— Juries
Edition 2020
DocsBarcelona 2020 maintains its awards and recognitions to reward the best documentary films.
The award ceremony will be on Sunday, May 31st at 8:30 p.m.
Awards

Awarded by the audience

Audience Award to best film of the Oficial Sections (Panorama, Latitud and What The Doc!). Awarded by the audience and consists of 1.500€ and a statuette.

This award is applicable to any of the films (except DOC-U Section and Docs&Teens) with a theme or topic that defends the rights proclaimed in the Universal Declaration of Human Rights, the freedom of speech and the values shared by International Amnesty, and it also shows a remarkable use of cinematographic elements in the fight for transforming reality.

DOC-U Award to best film of this section. Awarded by the DOC-U Jury, it consists of 1.000€ worth of rental for shooting equipment. Sponsored by 16nou.

Awarded by the young audience

Award to best film in this section awarded by the audience.

Awarded by the audience

Granted by the audience attending the screenings of DocsBarcelona of the Month in 2019 and consists of a statuette.

DocsBarcelona Latitud Award to the best film of Latitud DocsBarcelona section.Consists of a 3.000€ worth of completion work (conformation, graphics, color correction and final deliveries) for the director’s next film and a statuette.

New Talent Award to best film of the newcomer directors at Panorama Section. Consists of an statuette.

What The Doc! Award

What The Doc! Award

Award to the best film of the Reteena Itinerary, awarded by young jury Reteena, made up of young people between 16 and 21 years old. The prize is a statuette.

Award-winning movie: That which does not kill by Alexe Poukine 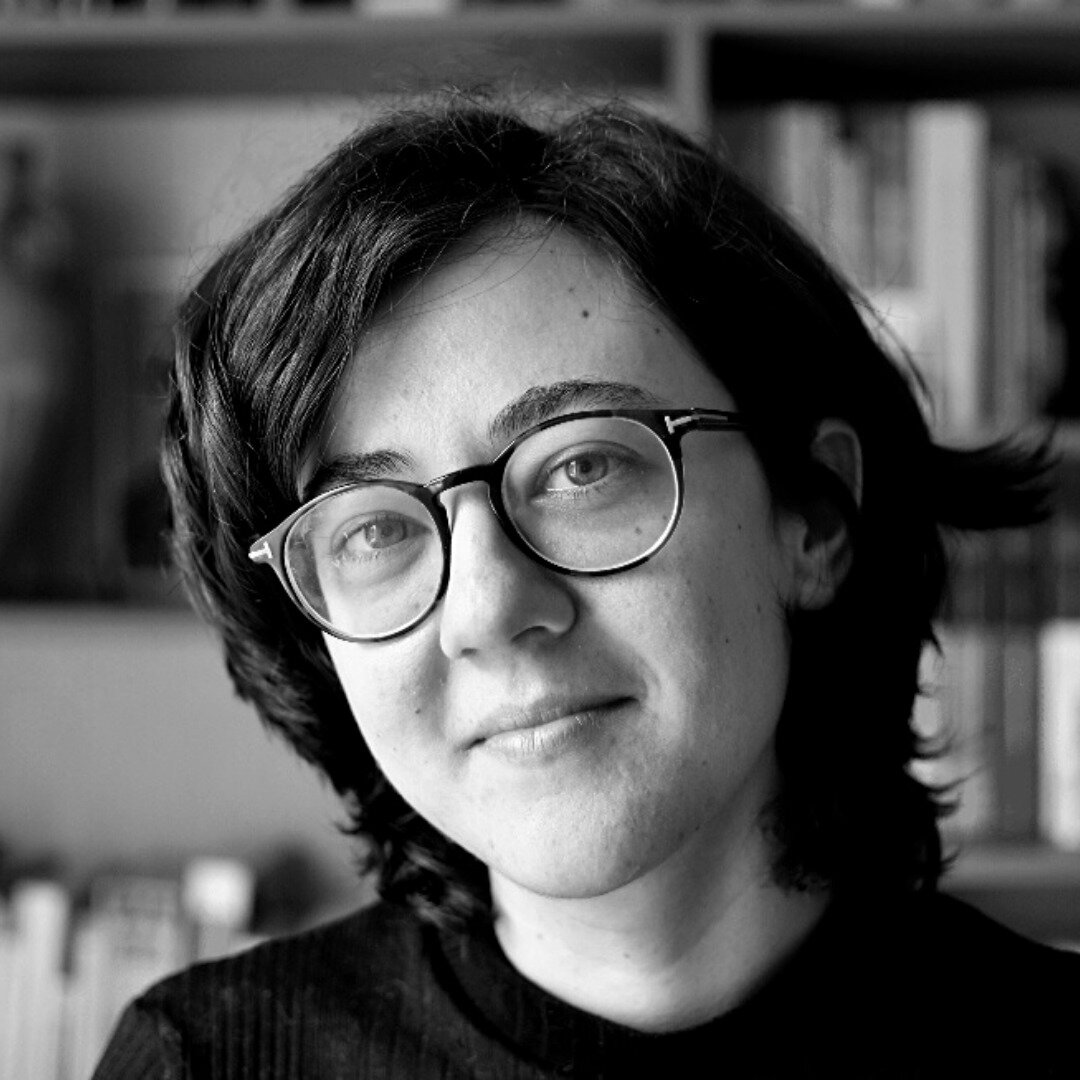 Ona Anglada Pujol (Banyoles, 1994) is an audiovisual communicator and screenwriter. PhD student in communication at the Universitat Pompeu Fabra (UPF), she is the creator and scriptwriter of the TV series "Las del Hockey". Since 2013 she has been an activist for Amnesty International. She coordinated the university group of AIC at UPF. In 2016 she was elected to the Executive Committee of AIC, where she has been gender spokesperson, vice-president and president (2021-2022). 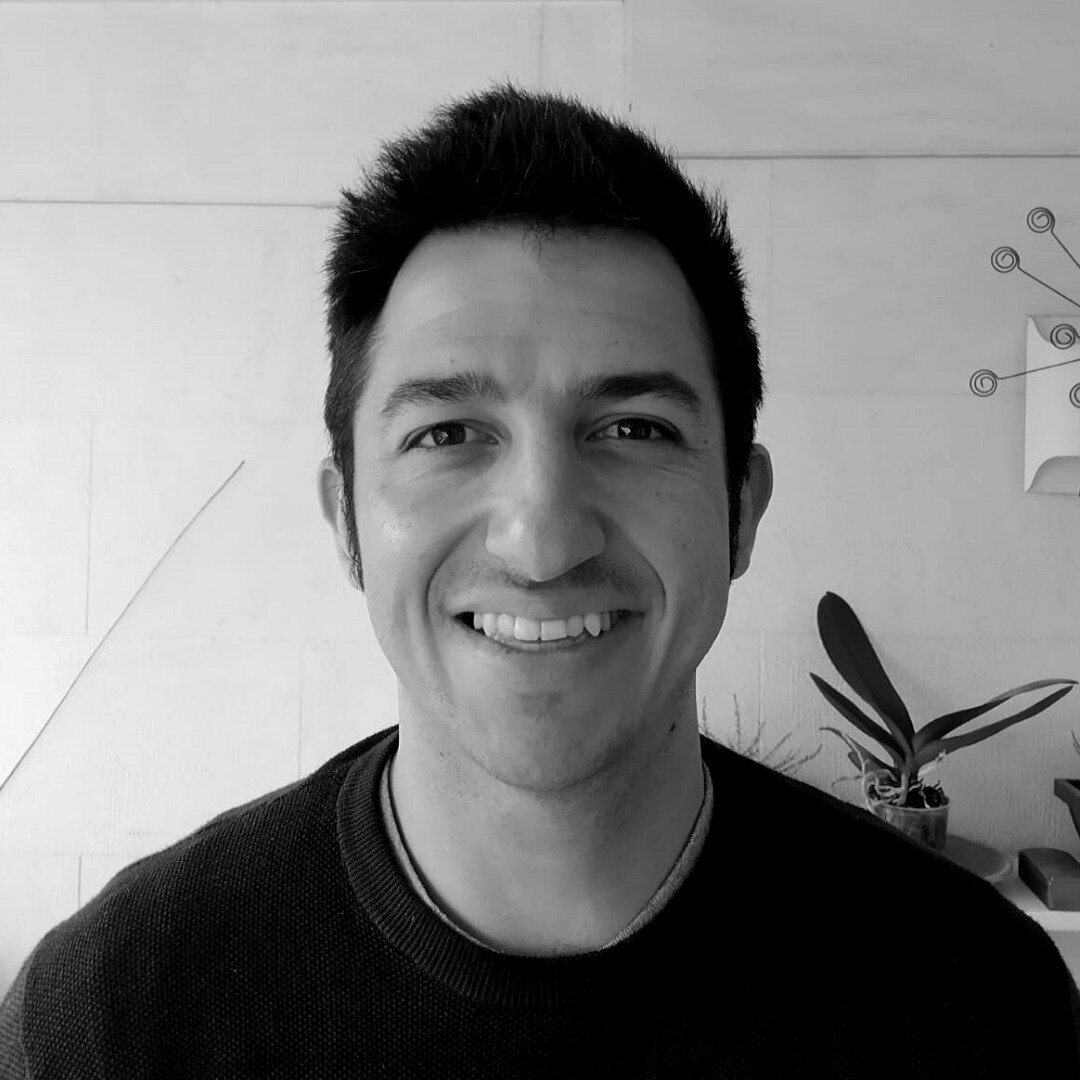 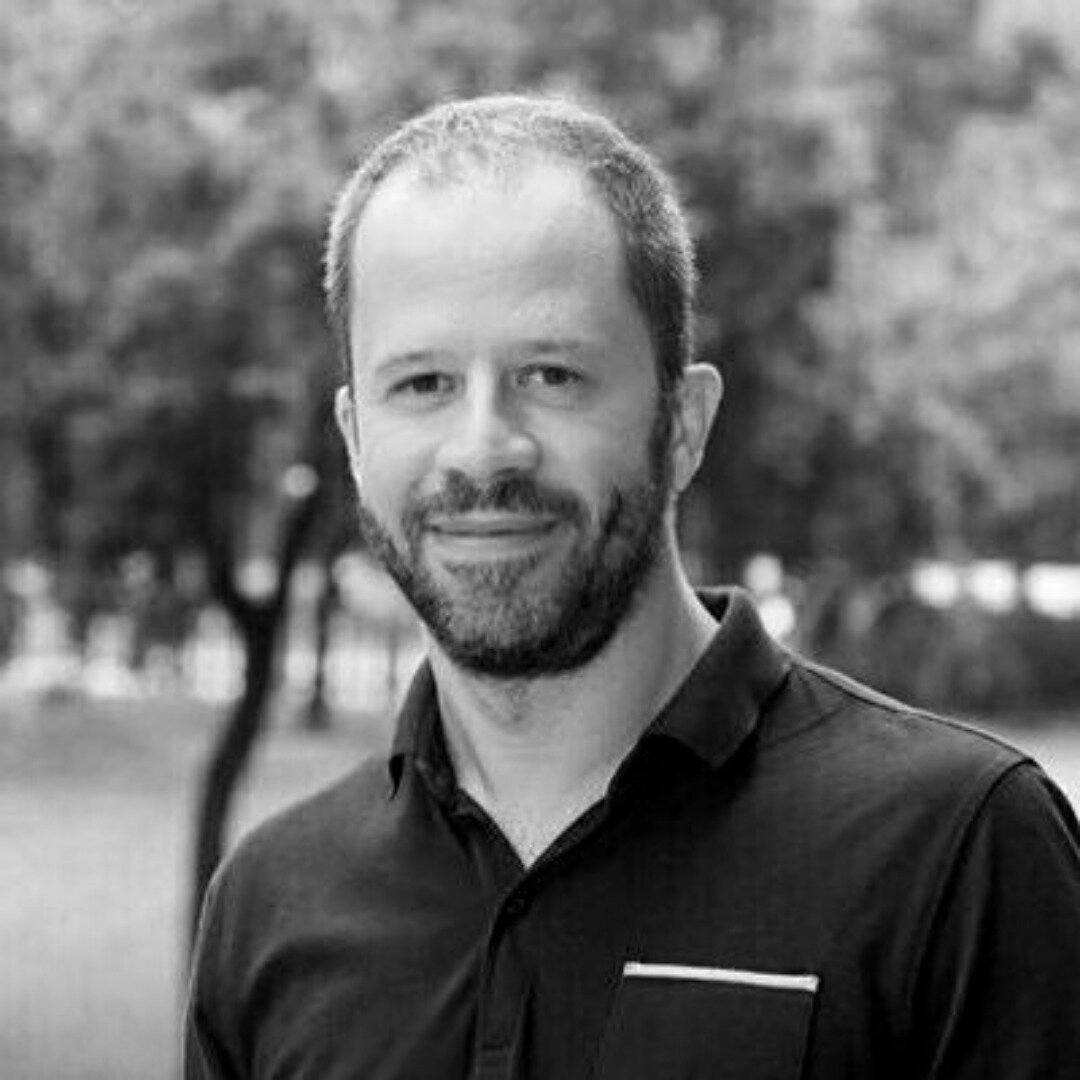 Dani Vilaró. A journalist specializing in human rights and development cooperation, he has worked in various media, NGOs, and in the public administration. Since 2010 he is the head of communication at Amnesty International Catalonia. He teaches Narrative at Barcelona’s Writing School, l’Ateneu Barcelonès, and has published the short story book Si em toques, cauré (published by Vienna Edicions, 2017). 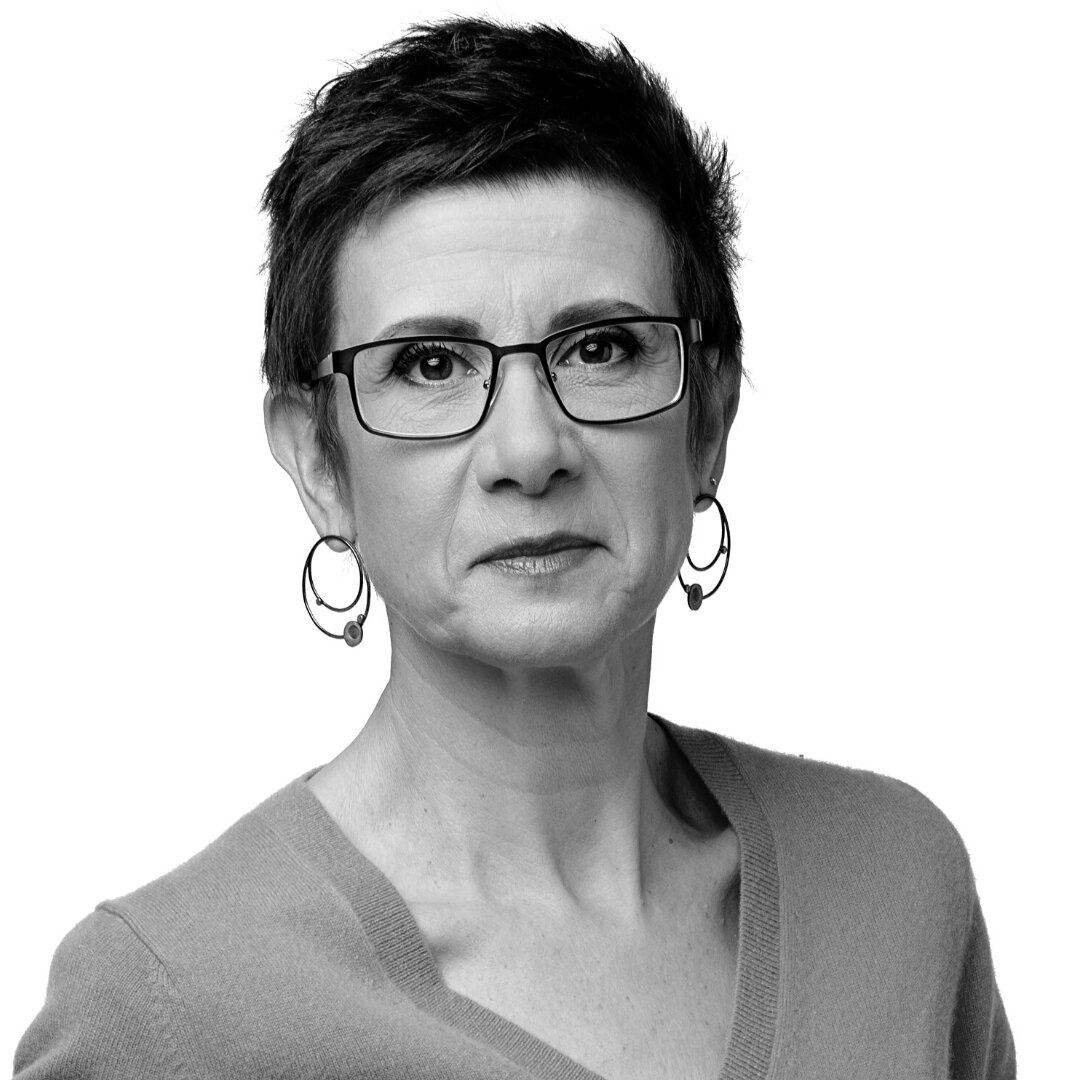 Montse Armengou is a distinguished Spanish journalist and investigative documentary filmmaker. She has worked at Televisió de Catalunya (TV3) since 1985 and she is currently the director of the Sense Ficció programme at TV3. She is the co-director, with Ricard Belis of "Els nens perduts del franquisme" (Franco’s Forgotten Children, 2002), "Les fosses del silenci" (Graves of Silence, 2003), "Avi, et trauré d'aquí" (2013) and "Els internats de la por"(The Institutions of Fear, 2015) among others. Through her work as a documentary filmmaker, Armengou has presented new evidence about the social history of repression in Spain during the dictatorship of General Francisco Franco. Armengou’s documentaries have received numerous awards, have been published in book form and have become a resource for human rights agencies and activists. Last year, she was visiting professor a NYU and her work has been used, cited, and discussed by several United Nations units. 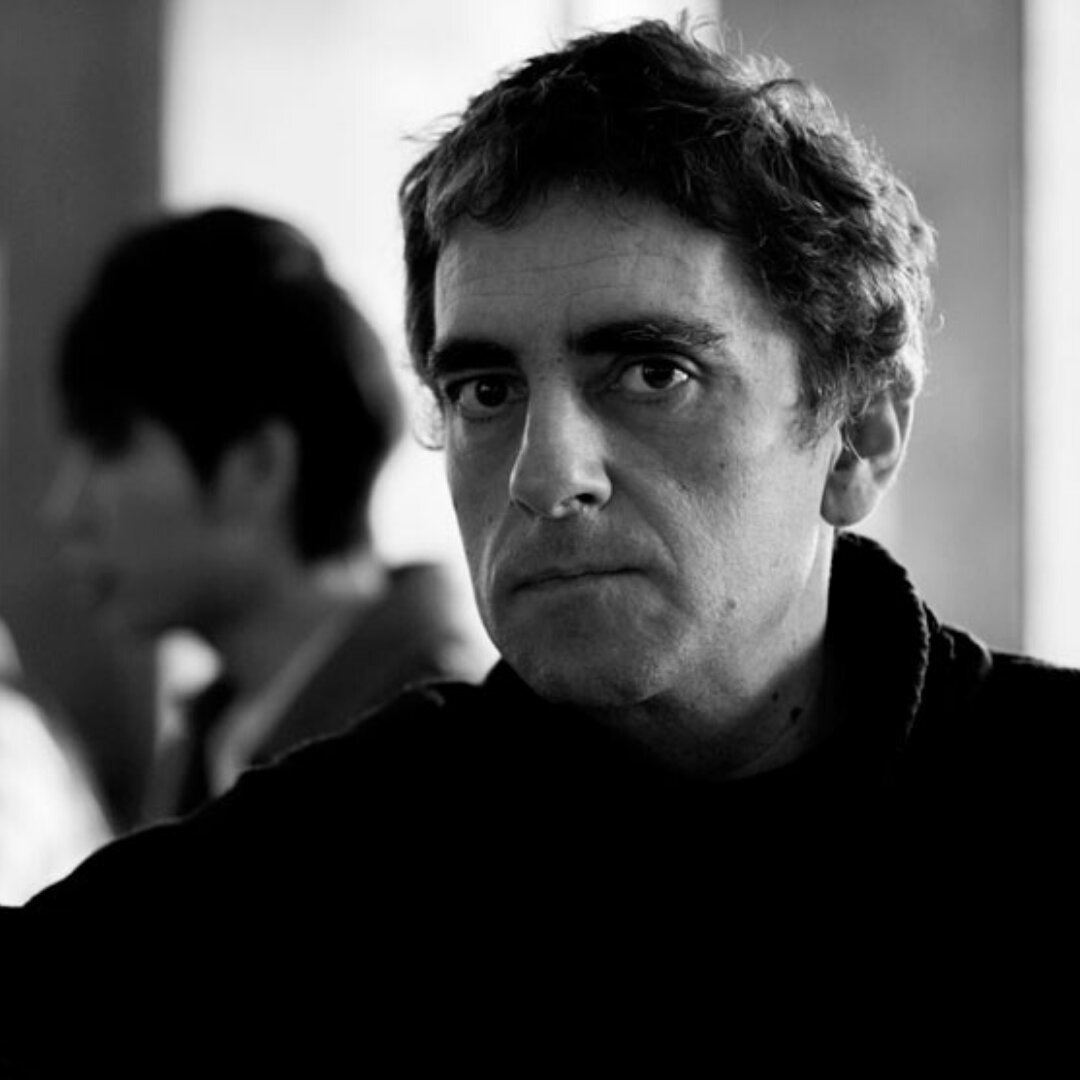 Jordi Costa is the author of Mondo Bulldog (1999), Vida Mostrenca (2002) and Todd Solondz: In the Suburbs of Happiness (2005), amongst others. He has curated the exhibitions Trash Culture. The Potholes of Taste, J. G. Ballard. Autopsy of the New Millenium (both for the CCCB), Serial Fictions and Serial Fictions. Second Season (SOS 4.8) and Plagiarism (La Casa Encendida), the latter alongside Álex Mendíbil. He has directed the films Piccolo Grande Amore and La lava en los labios (both from 2013). He currently works as the head of exhibitions at the CCCB (Center for Contemporary Culture in Barcelona). 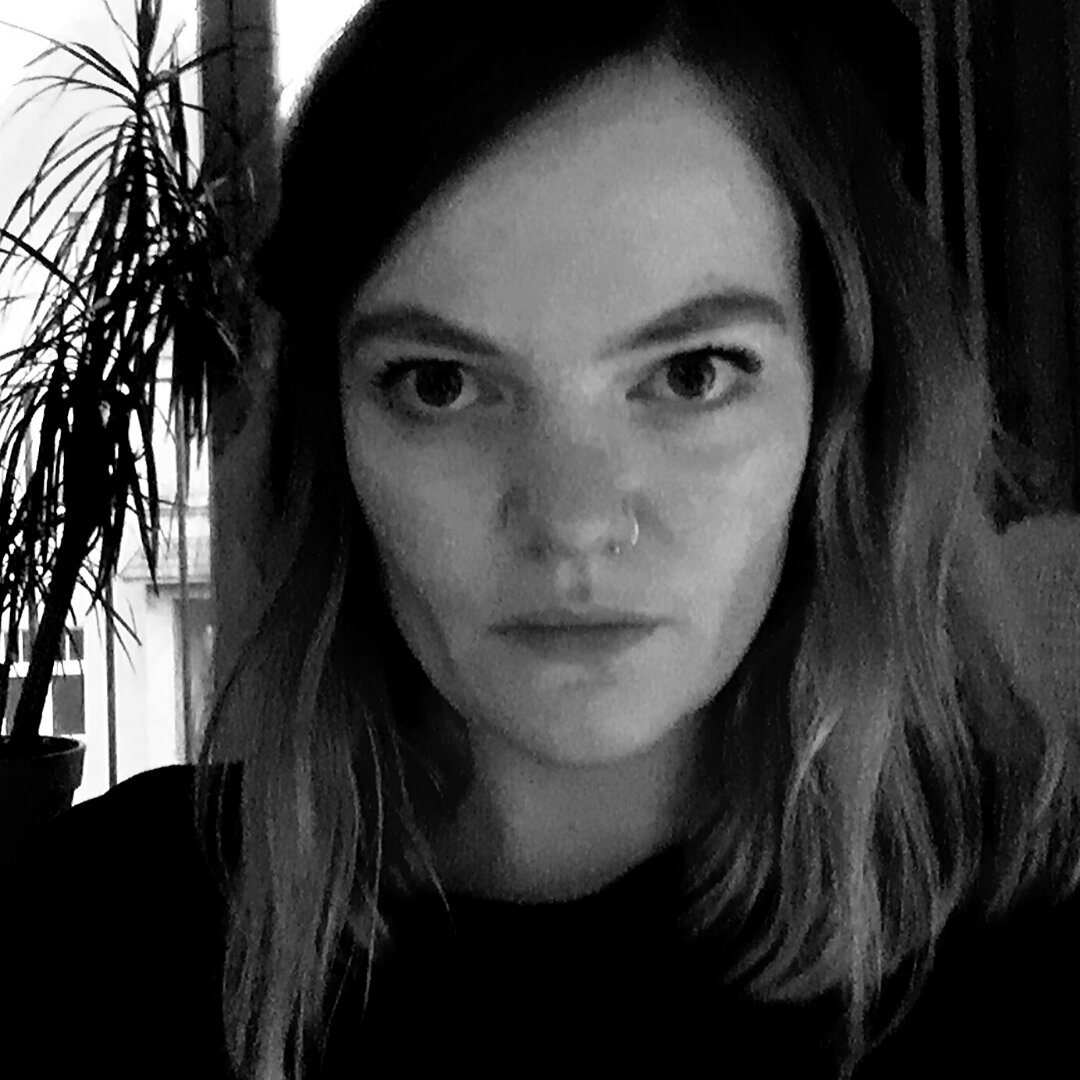 Brigid O’Shea is an Australian native who has worked for European film festivals and documentary organisations since 2008. Holding a Bachelor of Fine Arts obtained in Melbourne and Berlin, she started as an intern at the Berlinale Talent Campus. She worked for various Berlinale departments as a freelancer until 2014, including the EFM and also Co-Production Market, until taking a more focused approach on creative documentary. This came from coordinating the DOK Industry Programme from 2009-2015, which allowed her to also freelance for the Institute of Documentary Film in Prague, for Documentary Campus Masterschool, and Berlin-based production companies. She was appointed Head of DOK Industry Programme in January 2015. She regulary tutors on topics like European co-financing, cultural management and festival strategies in places like North America and East Europe. In February 2020 she co-launched the Documentary Association of Europe. 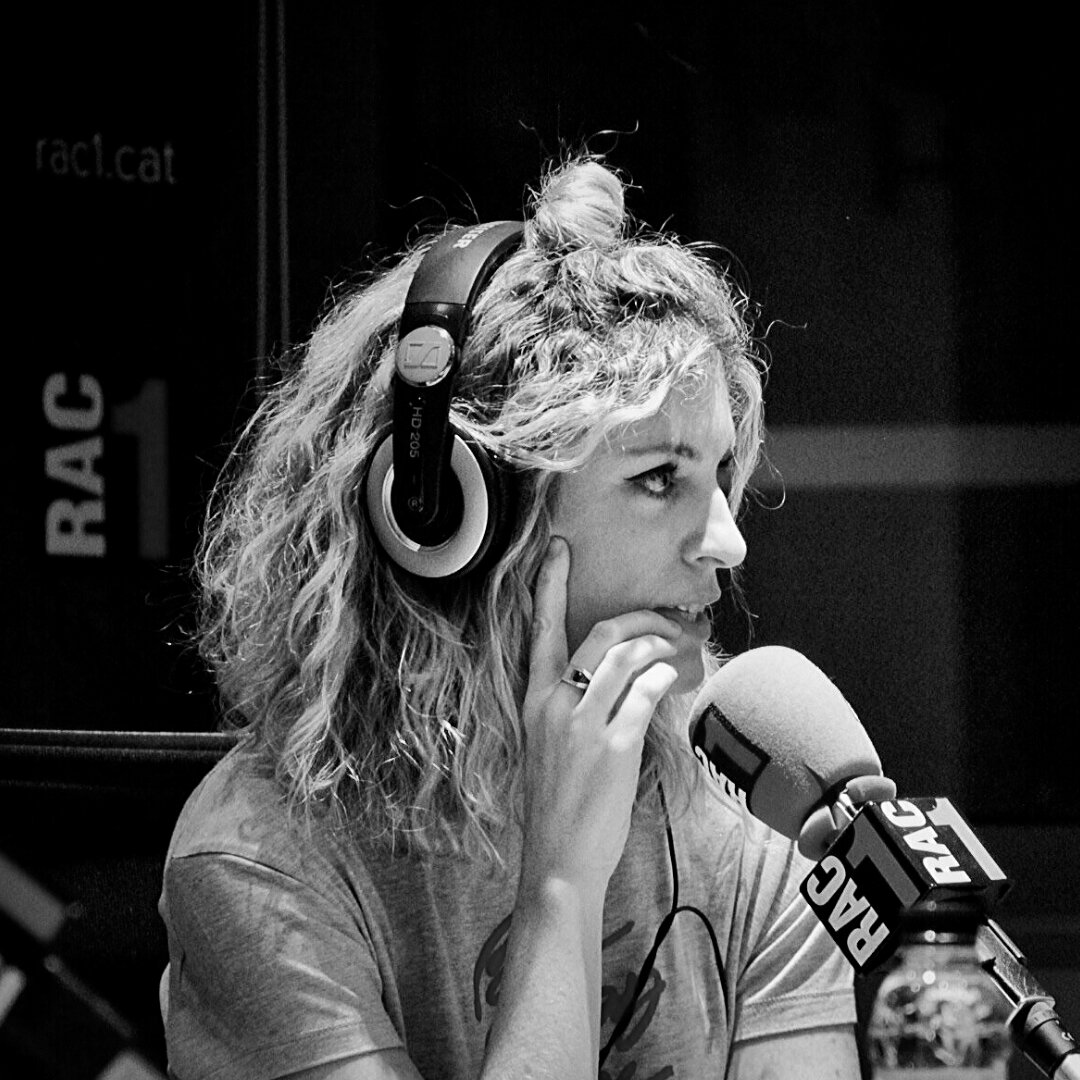 With a degree in Journalism from the UAB, she started her professional career in local media, such as Canal Català Vallès, Ràdio Sabadell, and Televisió de Sant Cugat. She has worked at RAC1 radio newscast and 8 al dia, with Josep Cuní. She´s currently the Deputy Director of RAC1´s program Islàndia, and you can listen to her daily alongside Albert Om. Islàndia received the Radio Association of Catalonia Award for Best Radio Programme in 2017. Xinxó is the author of the book Jo també porto el llaç groc and one of the fictional short stories in Política criminal. 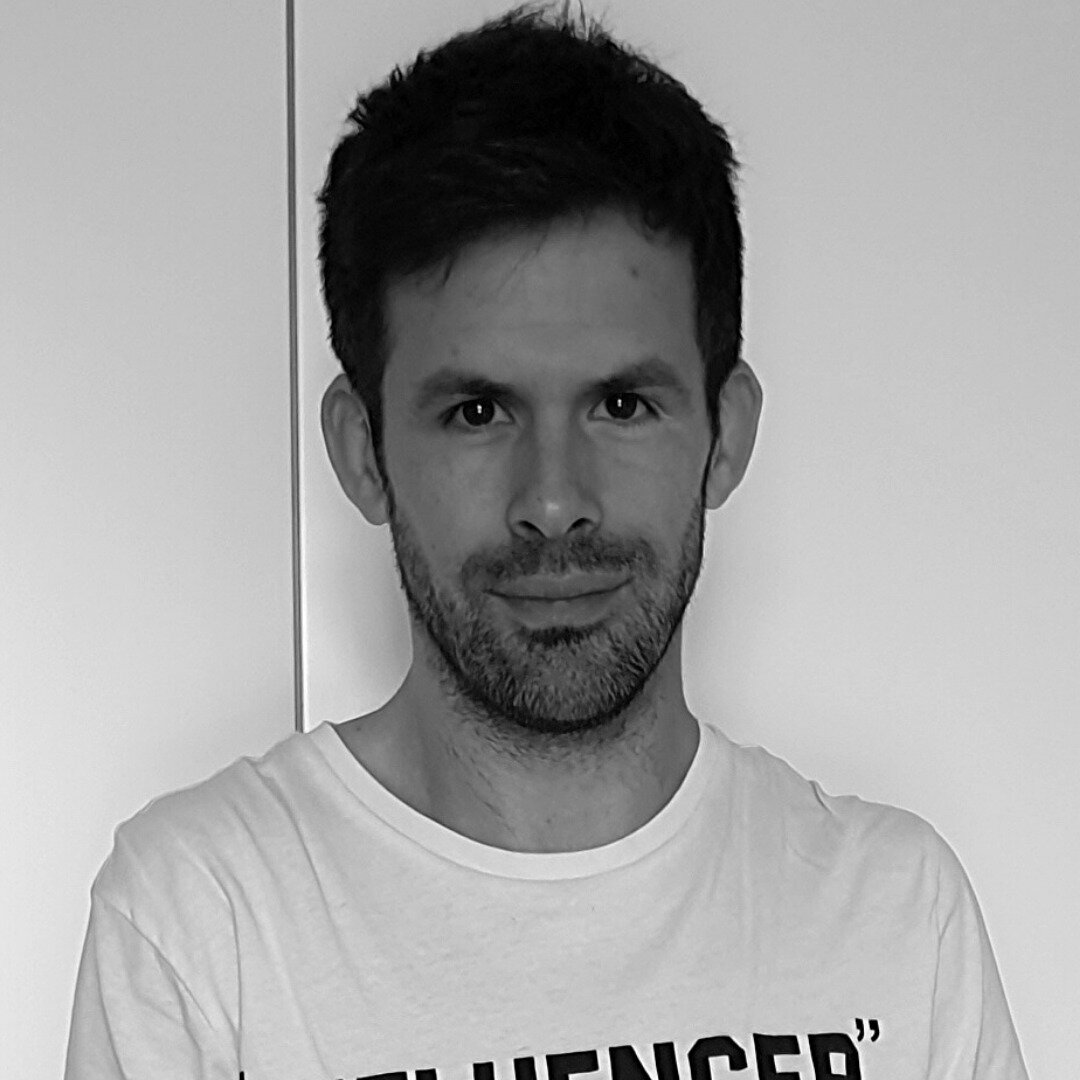 Roger Carandell Viñals (Vic, 1987) studied Journalism at the University of Vic. Between 2006 and 2013 he worked at Radio Flaixbac where he created and presented the program BAC UP; a radio slot which proved very popular with young people and had very good audience ratings. In 2010 he founded Adolescents.cat, currently an active community with 450,000 users monthly and a benchmark site for young people aged 12-19. Since September 2018 he’s been directing and presenting the program Adolescentsicat which is broadcast on Catalunya Radio, iCat, Youtube and Canal 33. He´s currently filming a new program for TV3’s next season. 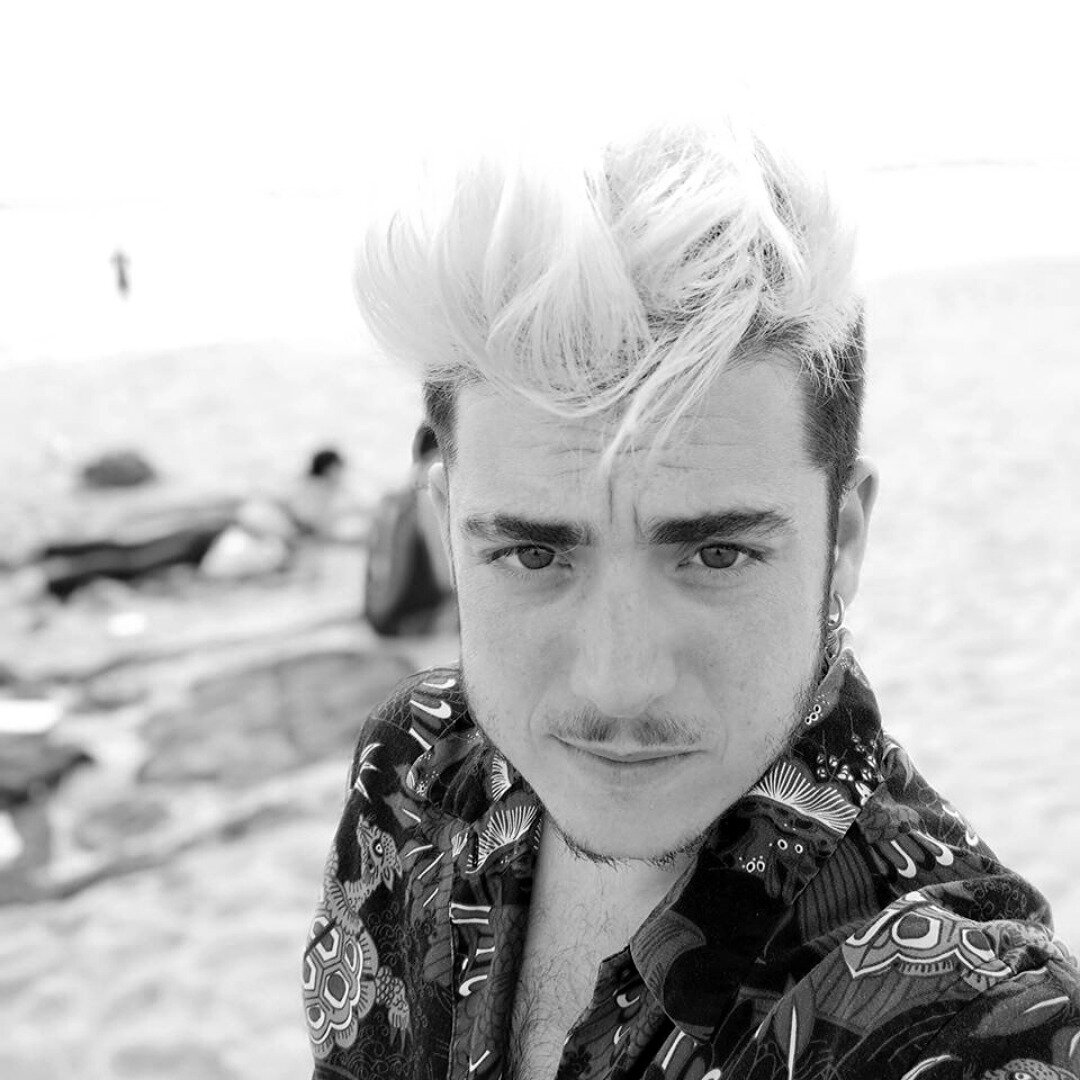 Pol Galofre Molero (Barcelona, 1987) holds a degree in Film and Audiovisuals from ESCAC. He is one of the coordinators of the Culture Trans project with Miquel Missé, with whom he has also edited the book Trans Policies: An anthology of texts from North American Trans Studies. He has also been an advisor for the theatre plays Limbo by Les Impuxibles, and (Nos)outrxs by Raquel Freire and Marta E. Miranda. He lectures at the UAB’s Gender and Communication Master's Degree and Espacio Debut, as well as training and educating on sexual and gender diversity. He currently works as a facilitator at the LGTBI Center in Barcelona, and also serves as an advisor for the Ficcial collective. 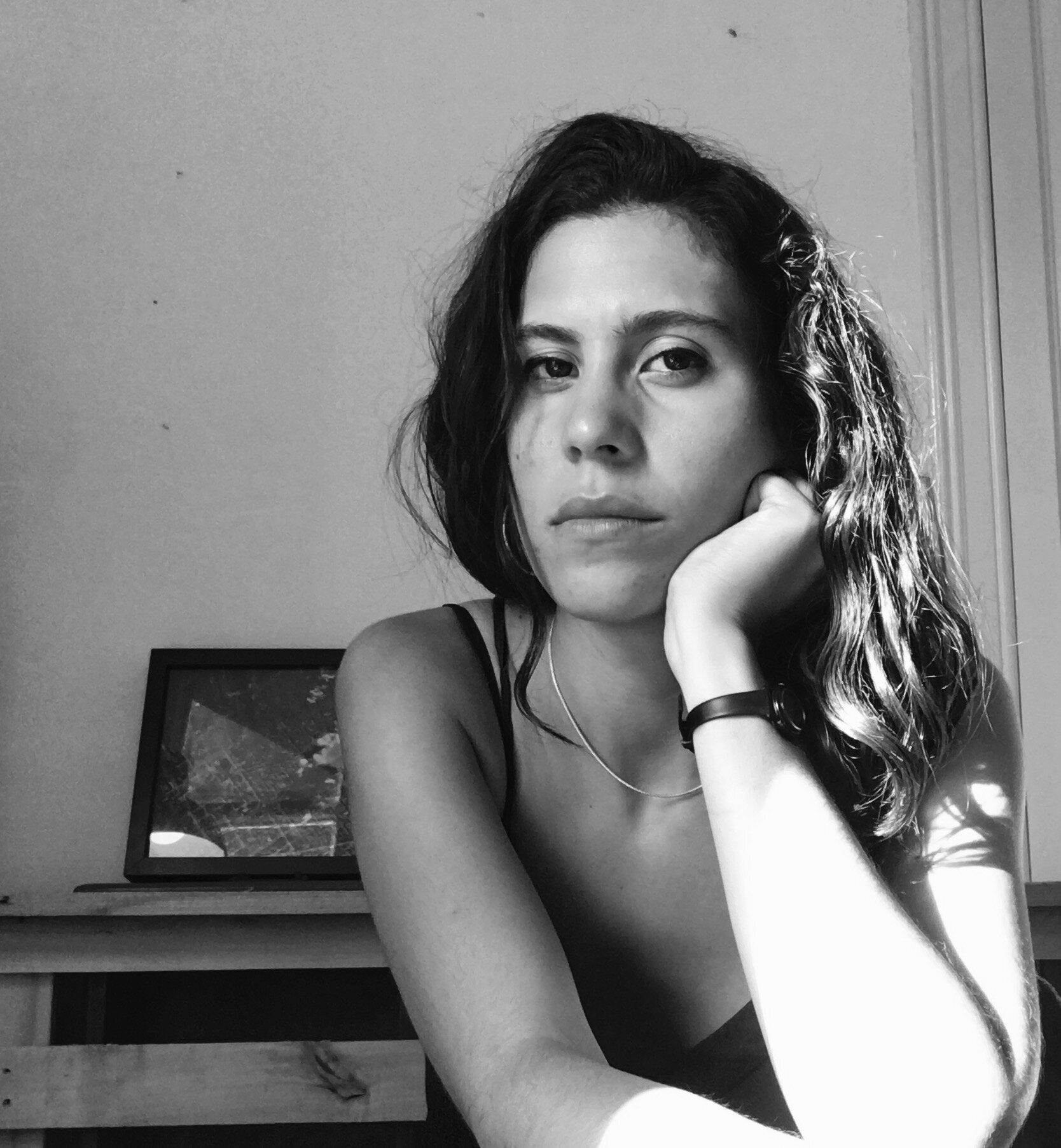 Director, camerawoman and editor of documentaries and fiction. She holds a degree in Audiovisual Media from the Universitat Politècnica de Catalunya since 2015. She also studied Photography Direction at the ECIB (Film School in Barcelona) and later completed the Master in Theory and Practice of Creative Documentaries from the UAB and a Postgraduate course in Audiovisual Editing from the UPG. Lo que dirán (2017) is her debut film, her Master's degree project, which had its world premiere at IDFA and nationally at the International Film Festival in Gijón, where it won the award for Best Spanish Film. She won Best Documentary Award at the Catalan Audiovisual Festival SomCinema, and after receiving a special jury mention at the Cinespaña Festival in Toulouse, she won the Residence Award at l’Alternativa Festival in Barcelona. As an editor, her film Ojos Negros won the Silver Biznaga Award at the Malaga Film Festival 2019 and was nominated for a Gaudí Award for Best non-Catalan language Film. 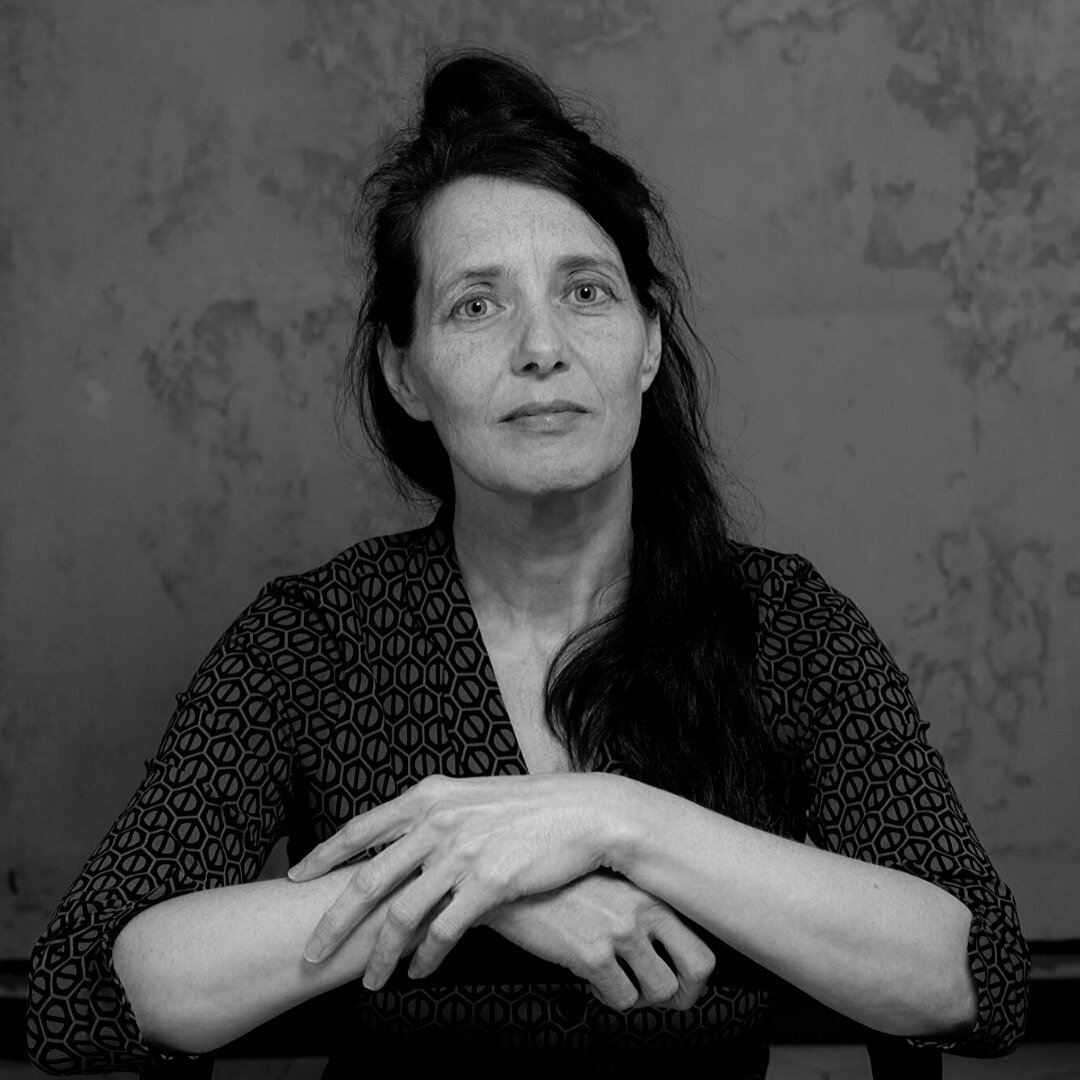 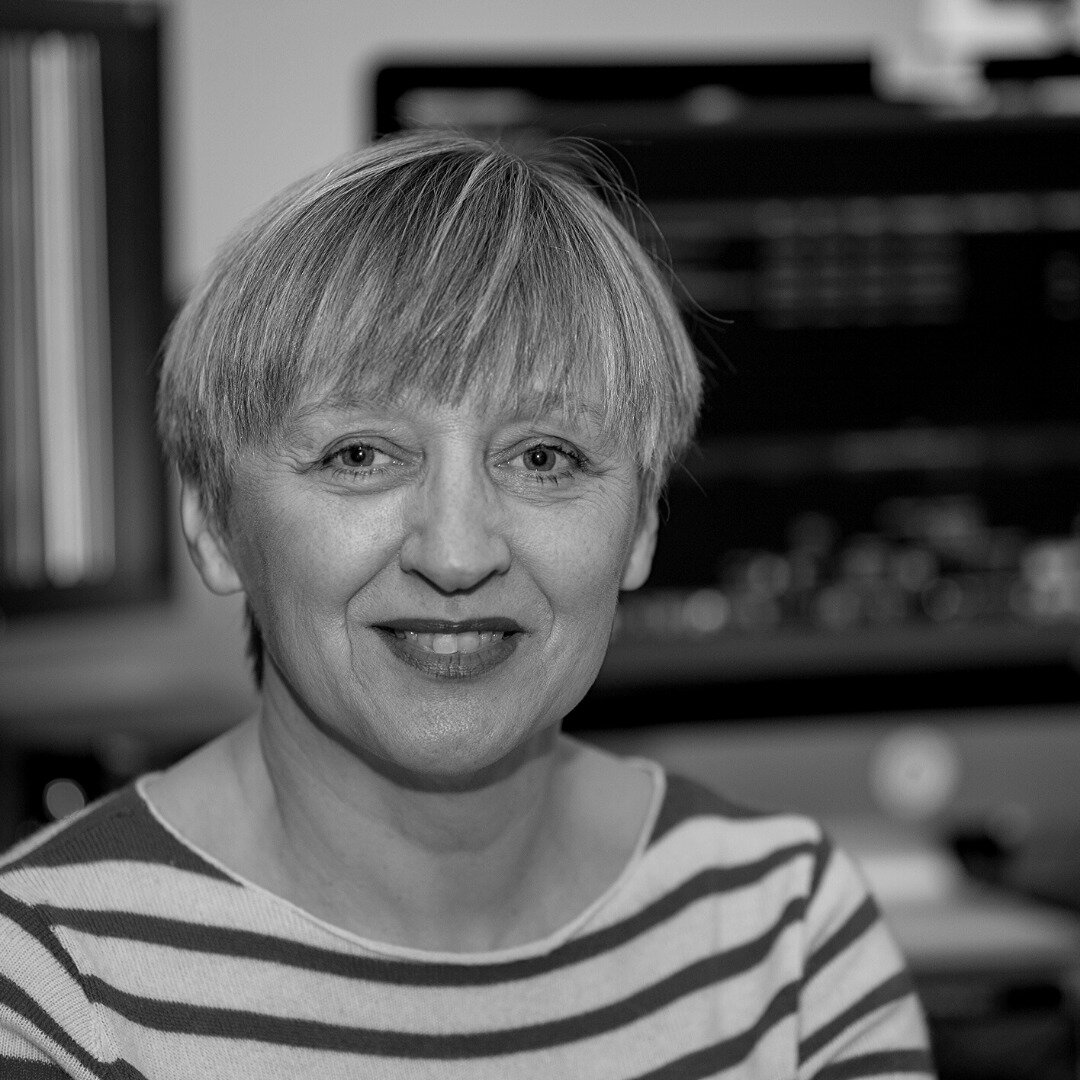 Teresa Font, a graduate in English Philology, is a renowned editor with more than eighty films, television series, shorts and documentaries in her name. She started her career as a television program editor from 1977 to 1988. In 1979 she edited her first feature film Nemo, an experimental film by Jesús Garayi, and the documentary Numax Presenta ... by Joaquin Jordá. She combines her job as an editor with lecturing on editing at ECAM (Madrid) and sporadically at ESCAC (Barcelona), and giving talks at several state universities. Among the numerous prizes and recognitions she has received throughout her fruitful career, is the Editing Award from the Circle of Film Writers for The Day of the Beast by Alex de la Iglesia (1995), a Goya for Best Editing for Días Contados by Imanol Uribe (1995), an award for her professional career at the Cine por Mujeres Festival (2019), a Ricardo Franco Prize at the Málaga Film Festival (2016) and a Goya for Best Editing for Pain and Glory by Pedro Almodóvar (2020). 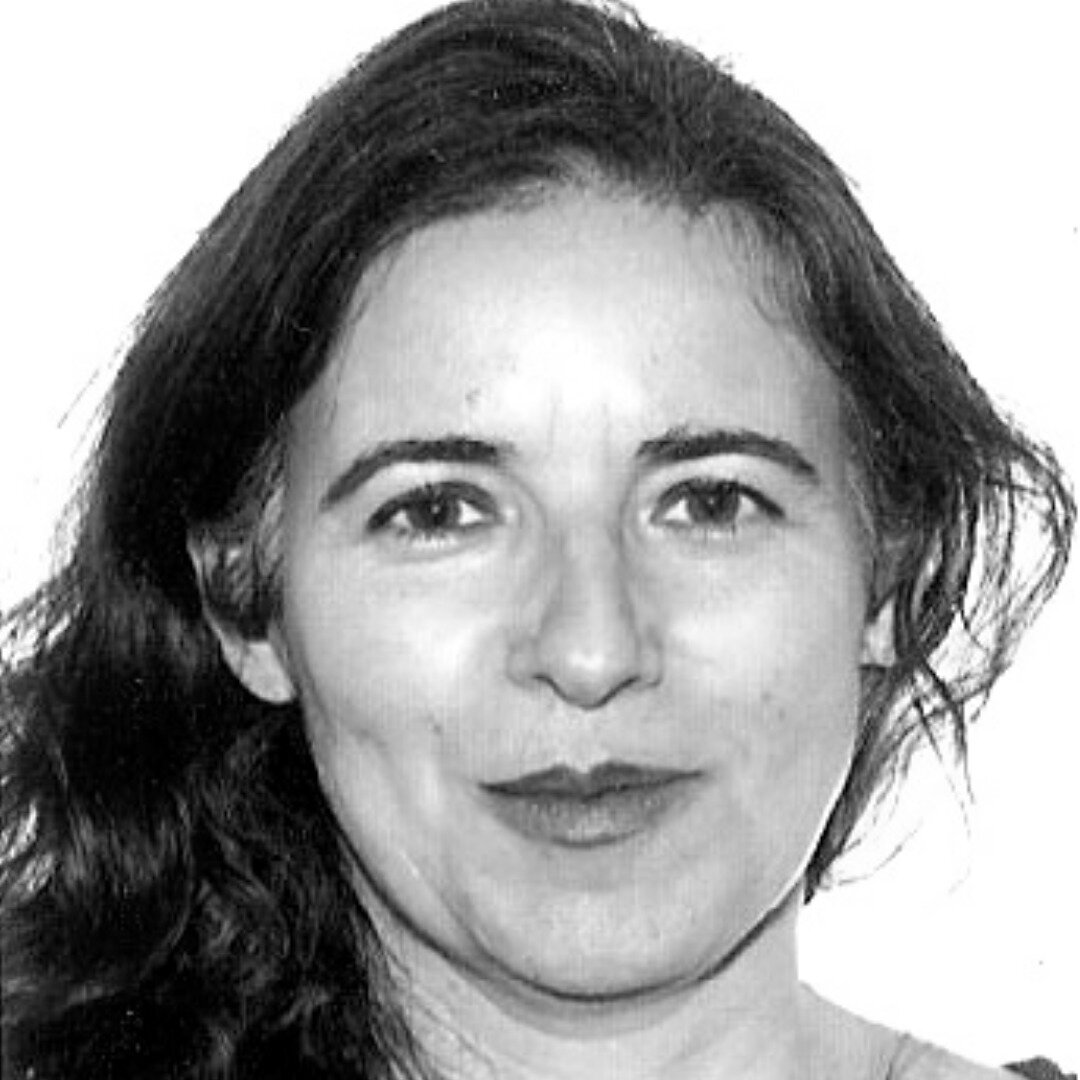 Journalist and critic specialized in film and media. Professor of Theory and Analysis of Film and Television and of Contemporary Aesthetic Currents in Communication at Rovira i Virgili University. Member of the editorial board of Caimán Cuadernos de Cine, she also collaborates with Ara, El Confidencial, Time Out Barcelona, Fotogramas, Rockdelux and Sensacine, amongst others. She collaborates as a programming consultant for D'A Film Festival in Barcelona and for the Seville European Film Festival.

What The Doc! Jury 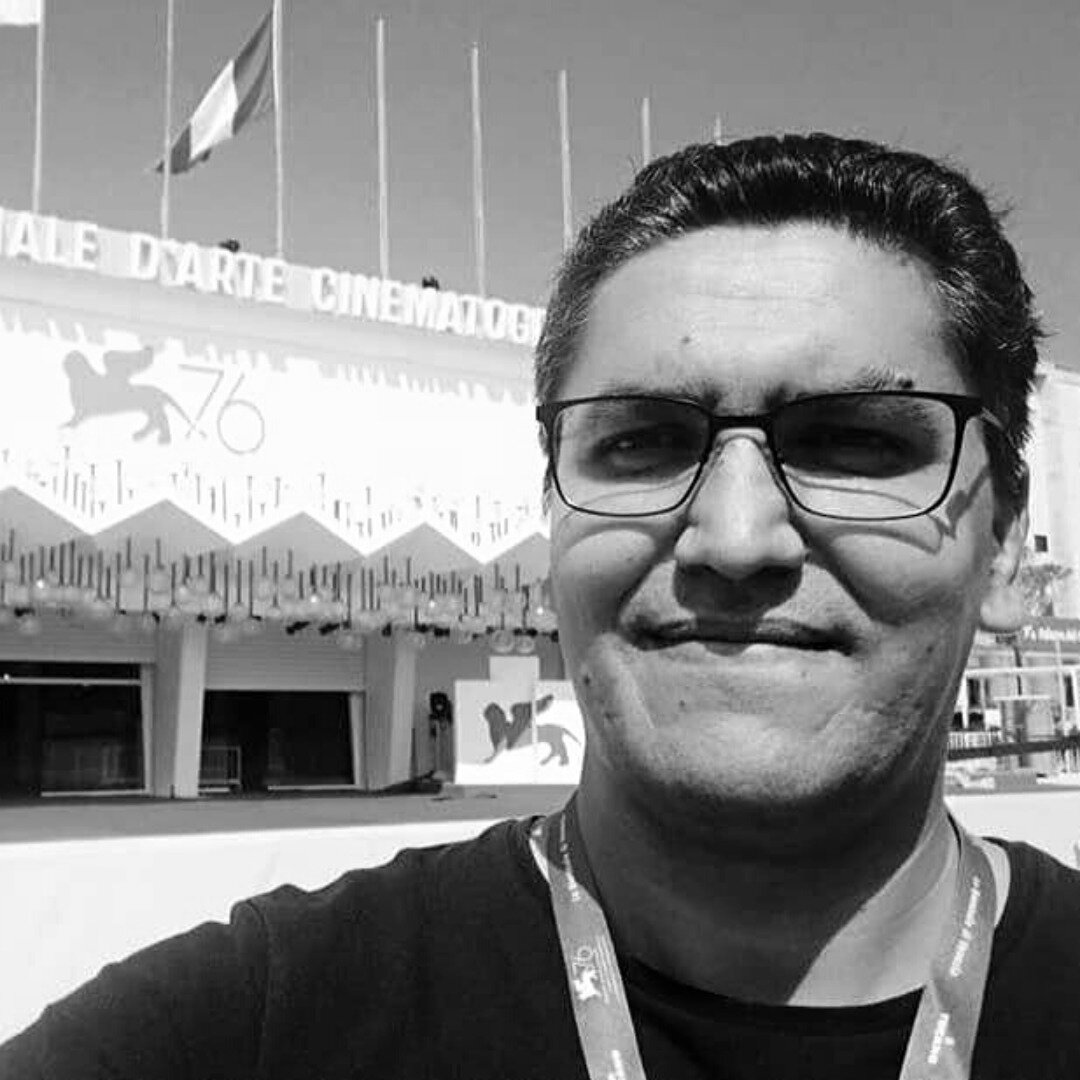 Teacher, film critic, and journalist. He writes for Fotogramas, Diari ARA and Rockdelux. He’s the editor of the digital magazine Otros Cines Europa and the assistant editor of the New York magazine Film Comment published by Film at Lincoln Center. He has contributed to monographies about Terence Davies, Claire Denis, and Rainer W. Fassbinder, among others, and is the editor of the anthology The American Gaze: 50 Years of Film Comment. He teaches film analysis at ESCAC (Superior School of Cinema and Audiovisuals of Catalonia) and at La Casa del Cine, and he is a member of FIPRESCI (International Federation of Film Critics). 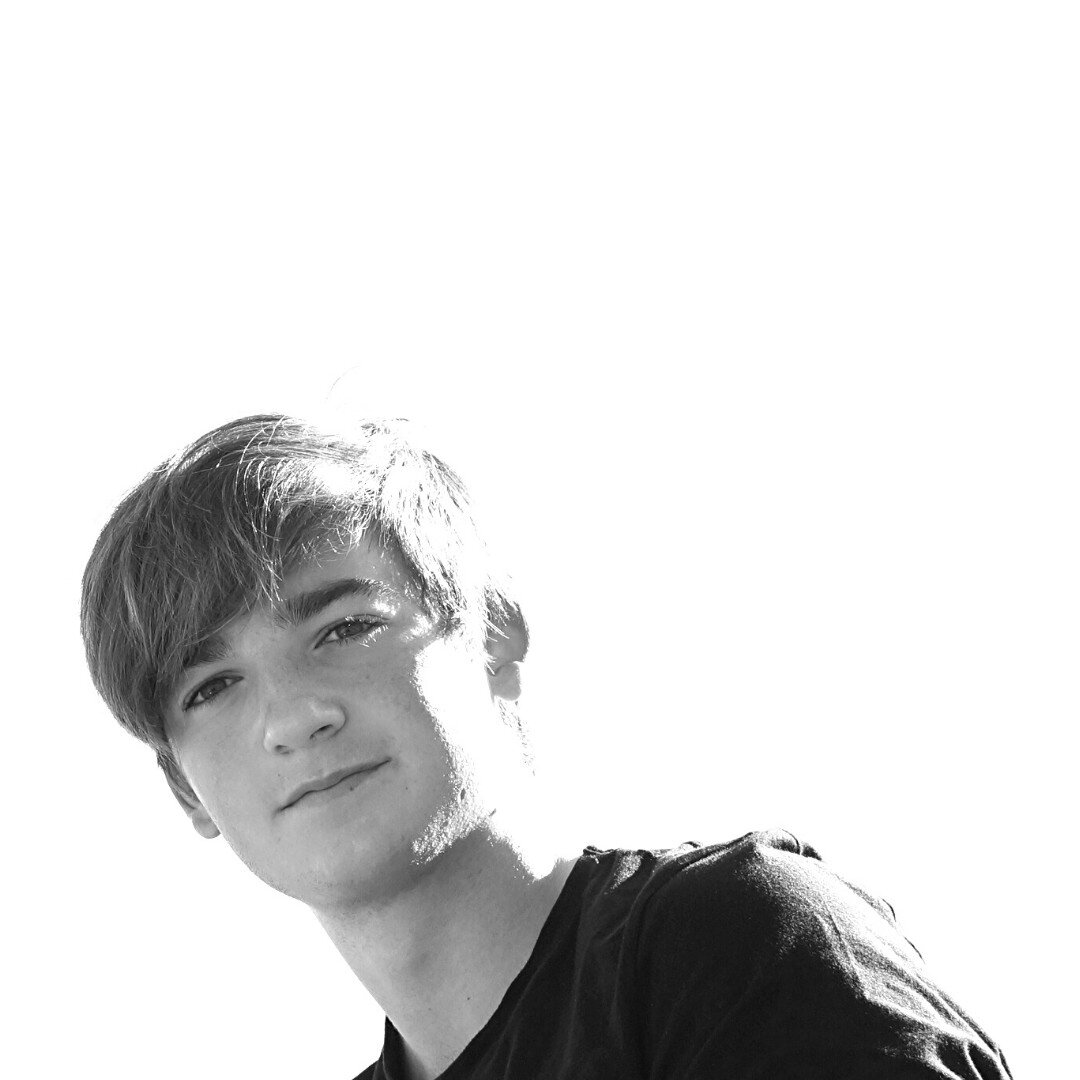 Oriol Pla, 20 years old. I’m studying Audiovisual Communication at the UAB. For some years now I have enjoyed consuming stories: those that are good and those that I like just because. What I don't enjoy is when they are over, and then I can just comment on them, which is fine. The dialogue with the creative process brings me different perspectives on a reality that goes a long way, whether good or bad and where there’s a lot - even too much, to explain. 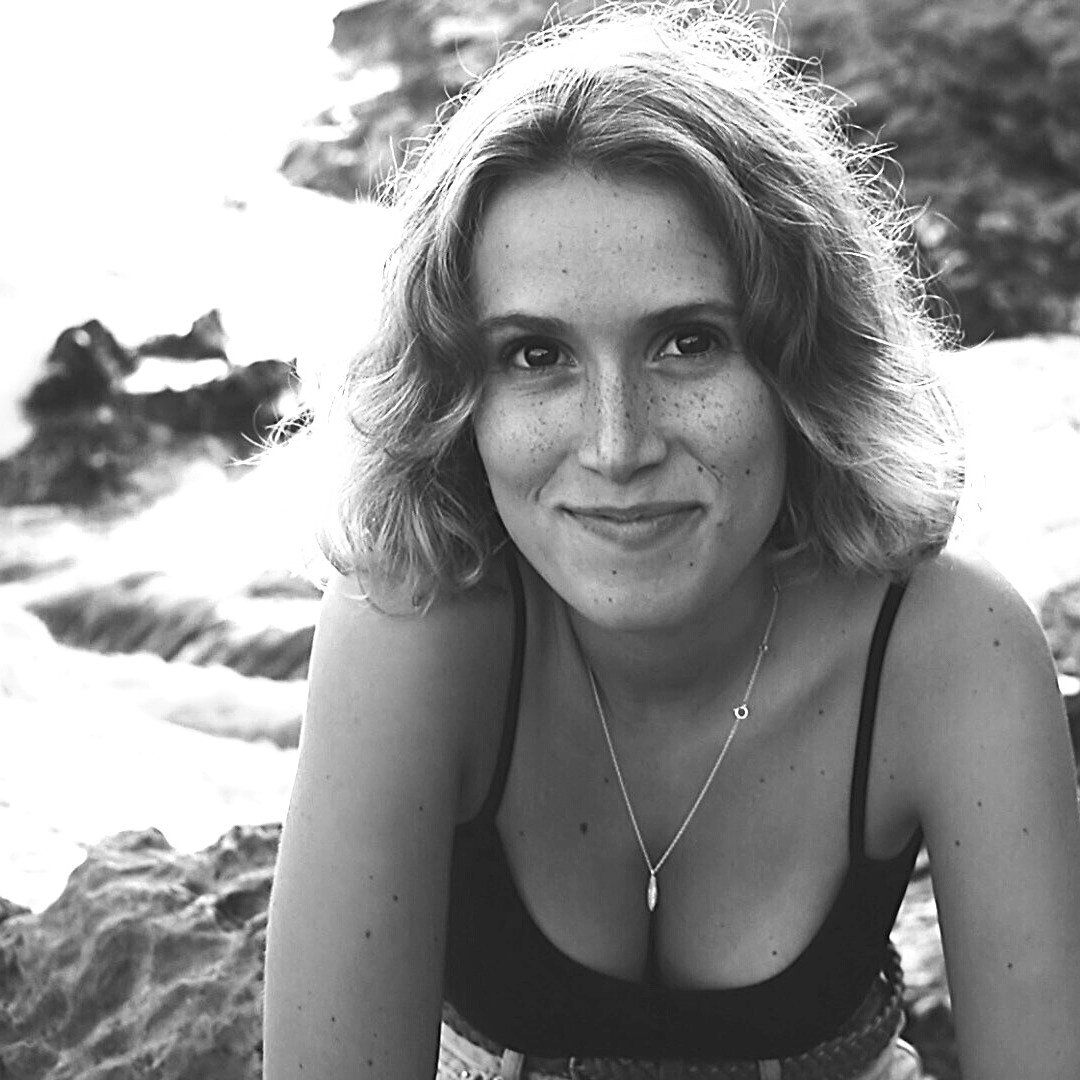 Student of Audiovisual Communication at the Universitat Pompeu Fabra, she has participated in the creation of several audiovisual projects related to the world of fiction and non-fiction. In the last year she has participated as co-writer on the new feature film from the production Mr. Miyagi Films and is currently developing the fictional feature film Un sol radiant. 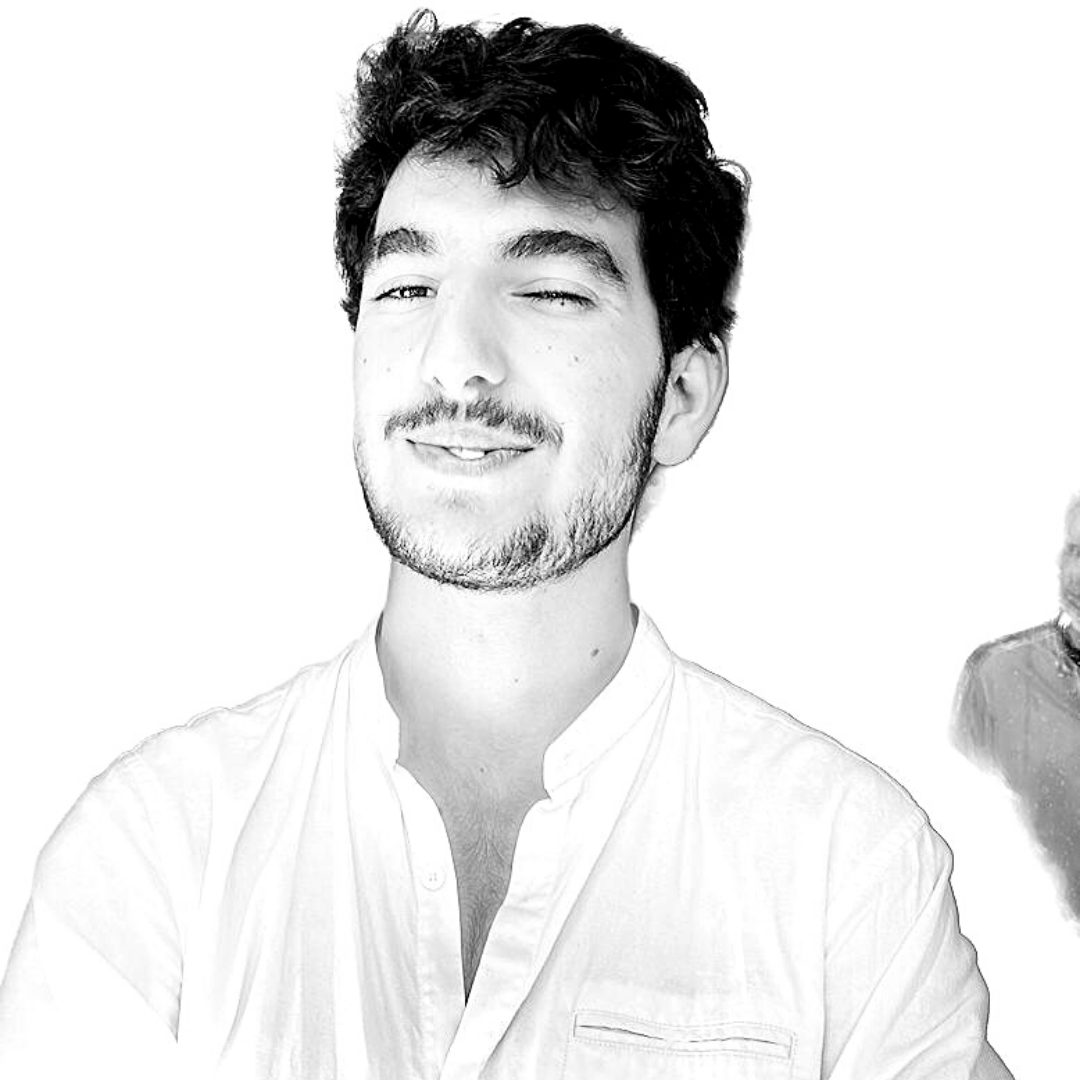 Pablo Mérida, 19 years old. Humanities student at UPF. Trying to be a writer and a screenwriter. I like cinema since I have use of reason. I'm a firm believer in the saying “An image is worth a thousand words”. So is there a better way to tell a story than through film? 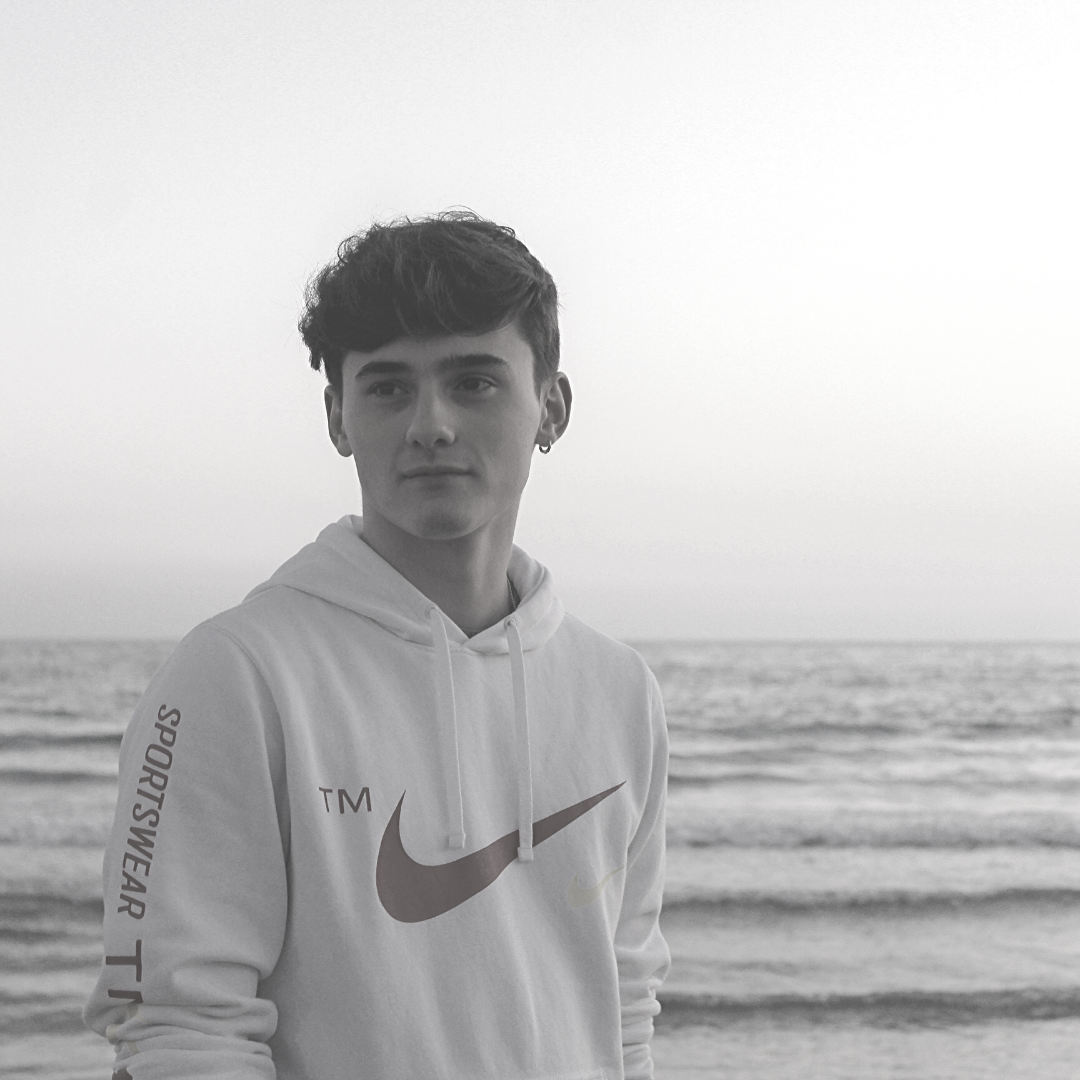 Raül Baell, 16, @rbaell_. I’m in my fourth year in secondary school. I really like the world of cinema, acting, photography ... I enjoy all film genres, but especially fiction and comedy. For me, cinema is a way of expressing feelings. In a few years my dream is to become a film director. 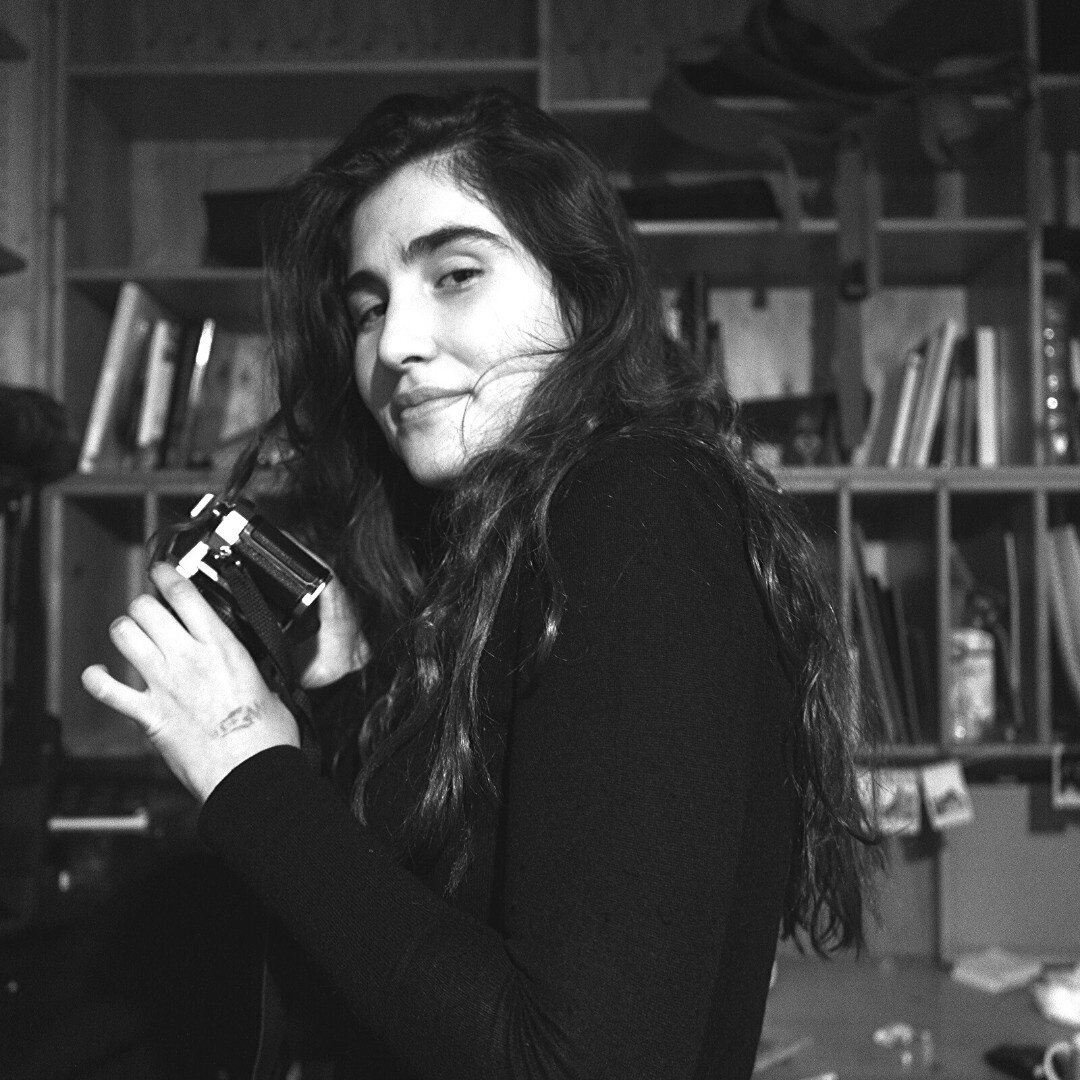 MiriamLaaziz, 20, @_miriamld. I’m a student at ESCAC. I want to specialize in film directing although I am interested in all artistic areas. I like art-house films, although the opportunity to attend film festivals and my studies are teaching me many other types of cinema that I would also like to explore. 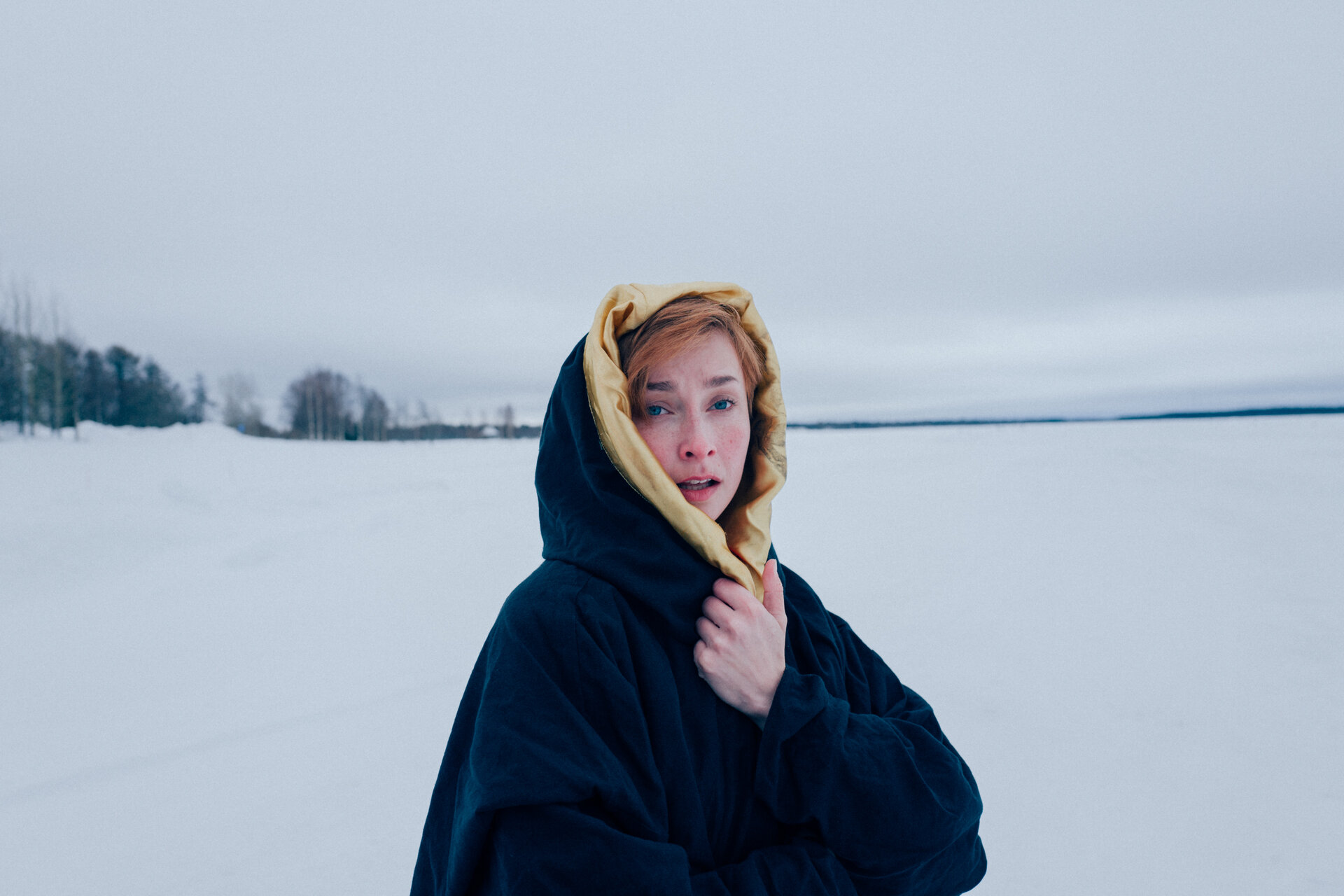 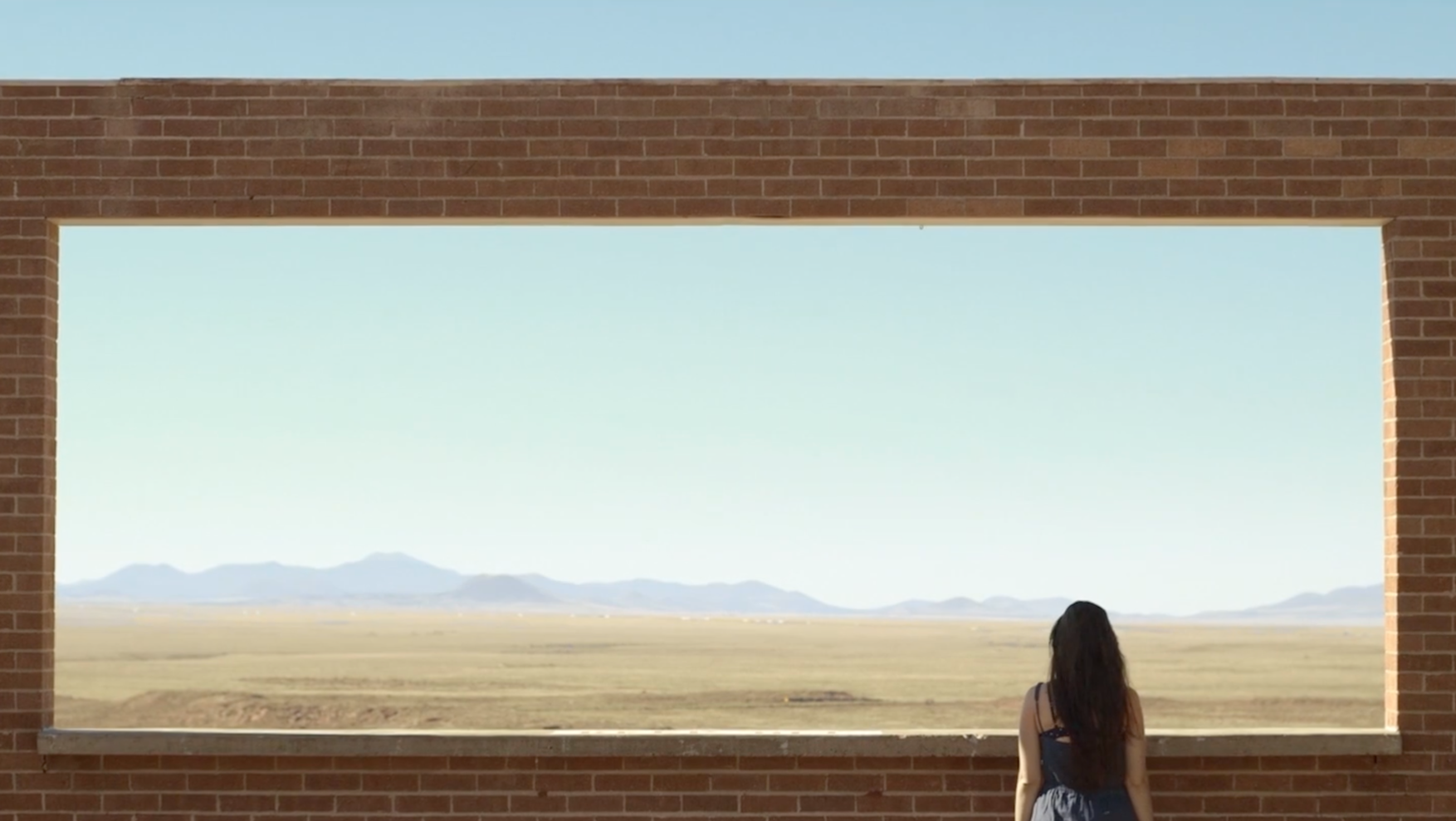